How does it work?

When these frequencies are changed, the charge is changed and the functions of the cells accordingly. This is the first effect of the influence of the millimeter waves.

A second effect is related to receptors. Every cell has receptors which receive information externally. If the receptors have reduced sensitivity to hormones and signal substances, the cells are ineffectual and less efficient.

A receptor can be more or less active. The millimeter wave instrument activates the receptors so that they become more sensitive and receive information more efficiently.

The third effect of the millimeter wave instrument is improvement of the overall communication between cells. The human body consists of 10 raised to the power of 16 of cells. In order to have such a complicated system function without disturbances, a certain mechanism to synchronize the functions of the body is needed. CEM-TECH modulates the frequencies of the body within the affected area, and acts as a synchronizing mechanism. In addition it restores the «health rhythm” of the body which was lost during the loss of health. In this way the internal system of “information flow” is protected.

One of the strong effects of the millimeter wave instrument is the dilution of the blood. This is of great importance particularly for elderly people. Millimeter waves are spread throughout the body by extra cellular liquids, skin receptors and energetic meridians, via its resonance, restores the vibrations of the membranes. This improves the functions of the cells and their communications.

The method has undergone clinical tests for many years, with proven efficiency. The tests show that «independent of any kind of illness,” the millimeter wave instrument creates a normalizing effect on the parameters of the immune system, increases microcirculation, balances the metabolism of the body, prevent the development of diseases and the transfer of acute diseases to become chronicle, slows down the aging process which in effect prolongs the lifespan of an individual, lowers the risk for oncological diseases, increases the efficiency of medication and reduces their toxicity and side effects, shortens the period of treatment, improves the health status for patients with heart strokes, and speeds up the healing of fractures by two to three times and has an undisputed pain-relieving effect.

As the millimeter wave instrument activates the receptors of the cells, creating sensitivity to the hormones enzymes, this allows the total benefits of cosmetic treatment to naturally take into affect, stimulating the skin, in addition to reducing wrinkles. The skin becomes less moist as we age; however by strengthening the cell membrane and improving blood circulation, natural occurrence of the skin’s moistness, can be restored.

Extensive clinical tests have been performed with the CEM TECH Millimeter wave instrument, for more than a decade, at leading Russian hospitals. Just in Russia alone, the clinical efficiency of Millimeter wave therapy has been studied on 20,680 patients, during the years of 1993-2003. In these cases 96.94% showed positive results (recovery — great improvement). The therapeutic effect failed for only 3.06% of the participants. The millimeter wave therapy is recommended for use by the Medical Health Ministry of the Russian Federation and is certified. The methods of treatment are ratified by the same authority. The CEM-Tech is presently used by medical staff, veterinarians and biologists throughout the world.

In order to make the millimeter wave therapy more efficient, the new model of Cem-Tech has a modulation mode of therapy for various kinds of health problems. There are, in addition to the basic and FRI-program, 9 programs with different modulated frequencies and time settings, depending on health problems.

These options are available only in the new Cem-Tech model labeled «Anti-Stress».

Cem-Tech model «Anti-stress» is a portable unit equipped with two channels, and replaceable crystals. It has a display for program selected, and time. It is operated by two 1.5 volt AA-batteries and has a built-in indicator that flashes when the level of battery is low.

Quick guide of how to operate the CEM-Tech

Please note: Always begin with program 3, Anti-Stress Treatment, before proceeding to other programs.

CEM-Tech has three switches on the front:

The CEM-Tech has 11 programs of which 9 are linked to various health problems. You could locally approach directly the problem area by selecting the appropriate program.

Millimeter waves are transmitted with program 1. The use of this program is designed for general treatment, when one wishes to fortify the body, either by locally addressing various organs/areas, or by focusing directly on points of acupuncture, or if you wish to treat a problem that is not covered in any of the listed programs.

Program 2, FRI-Therapy, activates the CEM-Tech to copy frequencies from for example the body, and stores that information into the crystal. When one, thereafter, disconnects the cord from the crystal, the information begins to be transmitted back, and the body could in this way be treated with its own frequency, as accomplished by homeopathy. The FRI-Therapy is a new and revolutionary method that has endless prospects. Limits are set only by one’s own imagination!

Program 1 — Therapy of Millimeter Waves (How to get started)

Running program 1 activates a timer. The timer is programmed to run for ten minutes and one can view the elapsed time, on the display. Time is counted from 600 seconds, in descending order. The CEM-TECH creates signals during the treatment, and is automatically turned off, when the countdown is completed. The necessary time for the actual treatment depends on the related health issue, and the present status of the patient. To reiterate: It is highly recommended that one begin by performing the Anti-Stress Treatment. (Program 3)

Begin the program this way:

When initializing Program 2, a timer will begin its countdown. This is programmed to sixty seconds, and the time can be viewed on the display, in its descending order. While recording — CEM-TECH will beep, and will automatically shut when the timer has completed its countdown. How often one should replicate information, depends on how «old» the problem is — chronic problems should be copied a few times, during the day. For severe injuries — one may reload data every fifteen minutes. The reason for doing this is because healing occurs faster on a new injury, in addition to the rapid change of information in the human body.

Please Note! To activate the crystal sending information back, one must withdraw the crystal from the cord.

Quick Fix. How to work on individual disorders

Headache
Headache, apply the emitter by the temporal area in the first program.

six points, just ten minutes around the stomach are. As a result, five of six days was active cleansing. Need to drink plenty of water and salt to take on the first day. The effect is very strong

2nd program, applied the emitter behind the ear on the left hemisphere, 2 fingers on top of ear in the dimple. Leave it there for 10 -15 min at this point, before going to sleep on the pillow.

in the 2nd program, record the information from the head with dandruff and resonate in to the structured water. Rinse the head with this water for about 10min the dandruff disappeared.

acute respiratory infections, colds 1 yellow emitter in the 2nd program exert by the nose and put on blood. The result stopped Runny nose, For the Cough zones, lung and bronchus, for 3 consecutive days

For water-remember, if normal water stores information about a day, if you add it to the tip of knife salt or sugar-it will be stored much longer! «

The millimeter wave instrument generates waves with the same strength as the bodys, about 10 to the power of -10 mw/cm squared, which is a billion times less than the radiation from a cell phone. 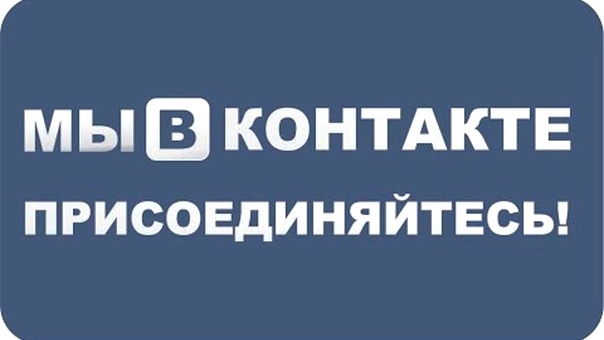